Coronavirus: All you need to know about symptoms and risks

Countries around the world are stepping up efforts to tackle the new coronavirus that has killed thousands.

As the world further shuts down in the wake of the coronavirus pandemic, more cases are now being recorded outside of China, where the virus was first detected in the central city of Wuhan, than outside.

As of March 22, more than 13,000 people worldwide have died of COVID-19, the disease caused by the coronavirus. More than 311,000 people have tested positive for COVID-19 according to Johns Hopkins University. 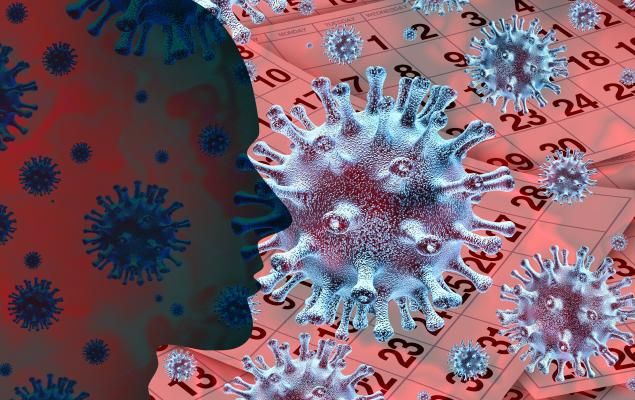 Here is what you need to know:

Several known coronaviruses are circulating in animals that have not yet infected humans.

The name coronavirus comes from the Latin word corona, meaning crown or halo. Under an electron microscope, the looks like it are surrounded by a solar corona.

The novel coronavirus, identified by Chinese authorities on January 7 and since named SARS-CoV-2, is a new strain that had not been previously identified in humans. Little is known about it, although human-to-human transmission has been confirmed.

What are the symptoms?

According to the WHO, signs of infection include fever, cough, shortness of breath and breathing difficulties.

In more severe cases, it can lead to pneumonia, multiple organ failure, and even death.

Current estimates of the incubation period – the time between infection and the onset of symptoms – ranging from one to 14 days. Most infected people show symptoms within five to six days.

However, infected patients can also be asymptomatic, meaning they do not display any symptoms despite having the virus in their systems.

Read more on what the coronavirus does to your body if you catch it here.

How deadly is it?

With more than 8,600 recorded deaths, the number of fatalities from this new coronavirus has surpassed the toll of the 2002-2003 SARS outbreak, which also originated in China.

SARS killed about 9 percent of those infected – nearly 800 people worldwide and more than 300 in China alone. MERS, which did not spread as widely, was more deadly, killing one-third of those infected.

While the new coronavirus is more widespread than SARS in terms of case numbers, the mortality rate remains considerably lower at approximately 3.4 percent, according to the WHO.

Where have cases been reported?

Since March 16, more cases were registered outside mainland China than inside, marking a new milestone in the spread of the global pandemic.

Deaths have been reported in several countries, with Bahrain recording the first fatality in the Gulf on Monday.

The virus has spread from China all around the world, prompting the WHO to designate the COVID-19 outbreak as a pandemic

Human-to-human transmissions became evident after cases were recorded with no apparent link to China.

Read about which countries have confirmed cases here.

What is being done to stop it from spreading?

Scientists around the globe are racing to develop a vaccine but have warned it is not likely one will be available for mass distribution before 2021.

Meanwhile, Chinese authorities have effectively sealed off Wuhan and placed restrictions on travel to and from several other cities, affecting some 60 million people. Other countries have since followed suit with total lockdowns, closing schools, restaurants, bars, and sports clubs, and also issuing mandatory work-from-home decrees.

International airlines have canceled flights the world over. Some countries have banned non-citizens from entering their territories, and several more have evacuated their citizens from abroad.

Where did the virus originate?

Chinese health authorities are still trying to determine the origin of the virus, which they say likely came from a seafood market in Wuhan, China where wildlife was also traded illegally.

On February 7, Chinese researchers said the virus could have spread from an infected animal species to humans through illegally-trafficked pangolins, which are prized in Asia for food and medicine.

Scientists have pointed to either bats or snakes as possible sources of the virus. 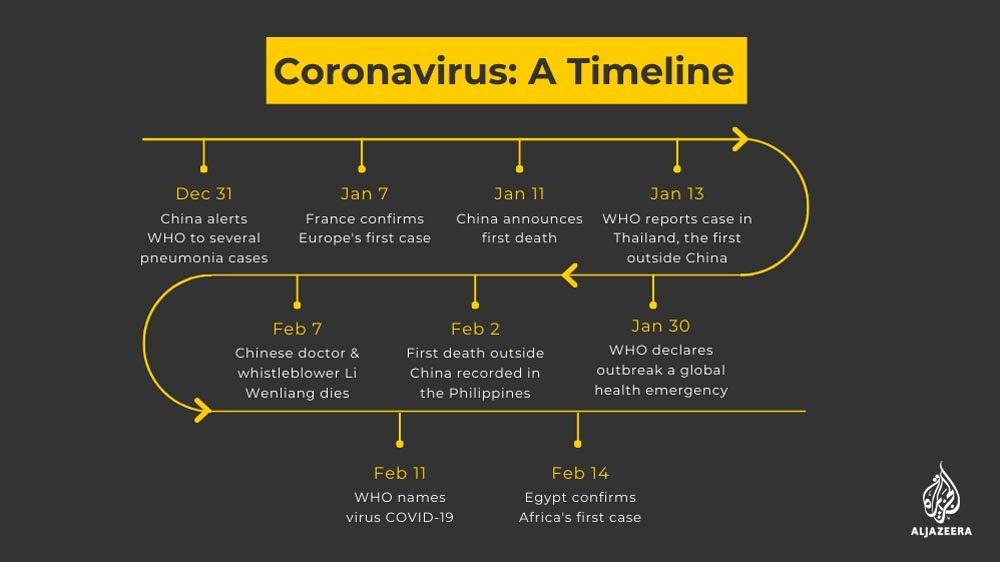 Is this a global emergency?

Yes, this outbreak is a global health emergency, the WHO said on January 30, raising the alarm further on March 11 when it declared the crisis a pandemic.

The international health alert is a call to countries around the world to coordinate their response under the guidance of the WHO.

–Written and compiled by Al Jazeera

We use cookies to ensure that we give you the best possible experience on our website. Find out more.