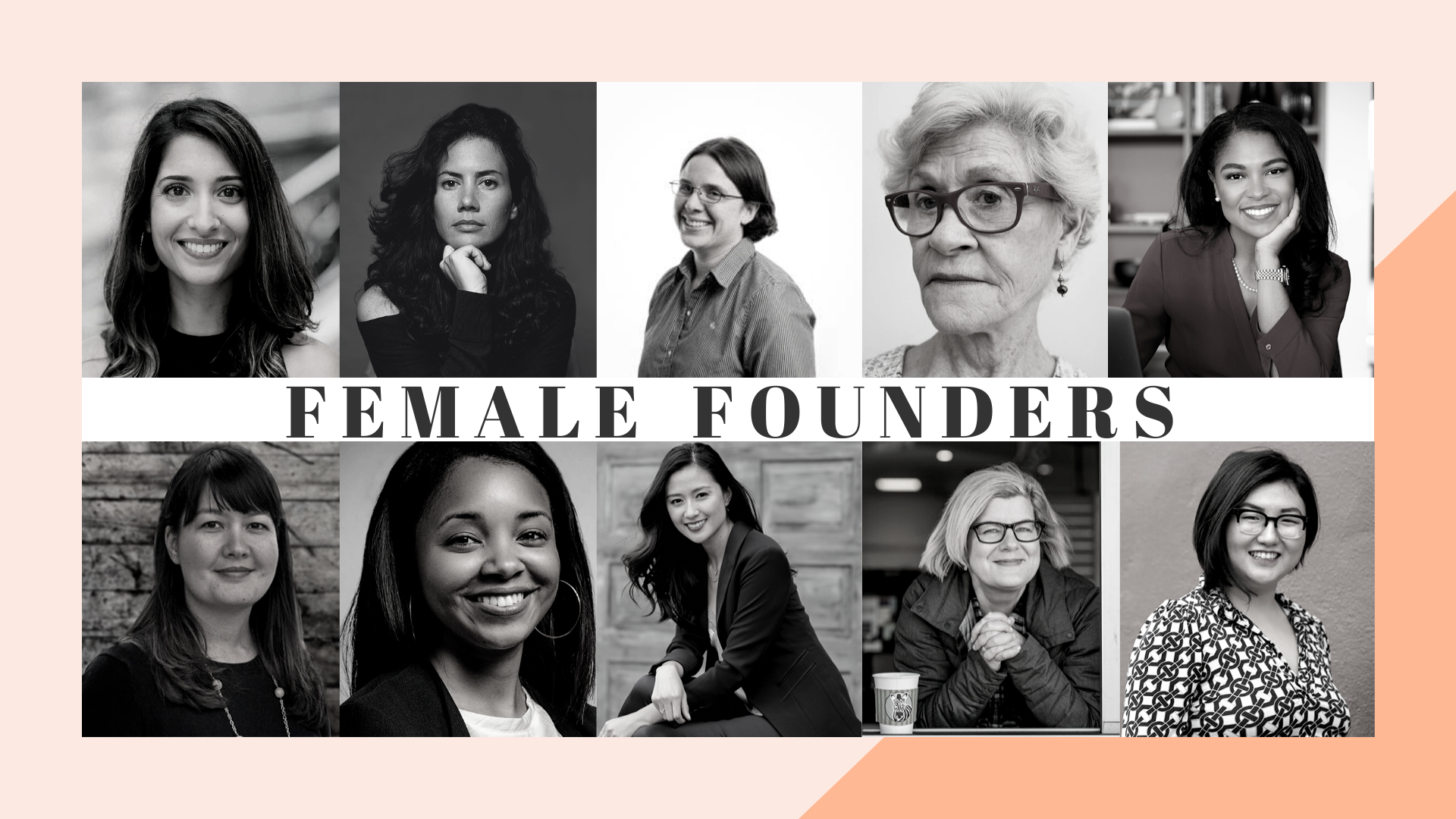 10 Female Founders That Are Shaking Up Their Industries

These Female Founders are breaking new ground in some very traditional–and male-dominated–industries. 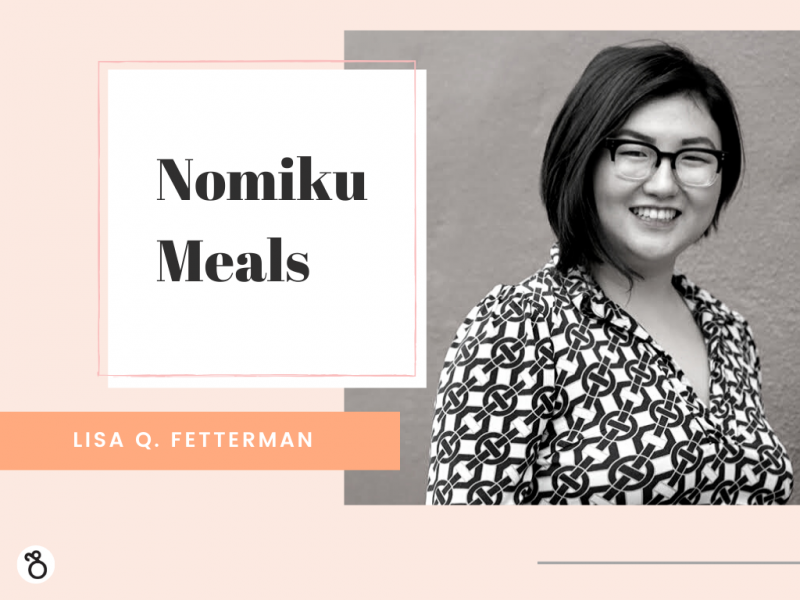 When Lisa Fetterman started Nomiku, all she wanted to do was get the word out about sous vide cooking.

After knockoffs hurt sales of her home sous vide machines, Fetterman began offering frozen meals based on recipes devised by herself and Michelin-starred chefs. RFID readers let the machines recognize each meal and cook it perfectly. The company sells the devices at cost and makes money on its food. And revenue is doubling. –Leigh Buchanan

That said, Lisa Fetterman remains committed to the same goal today that she had when she first started Nomiku.

“We are here to eradicate every obstacle between a person and a delicious plate of food.” 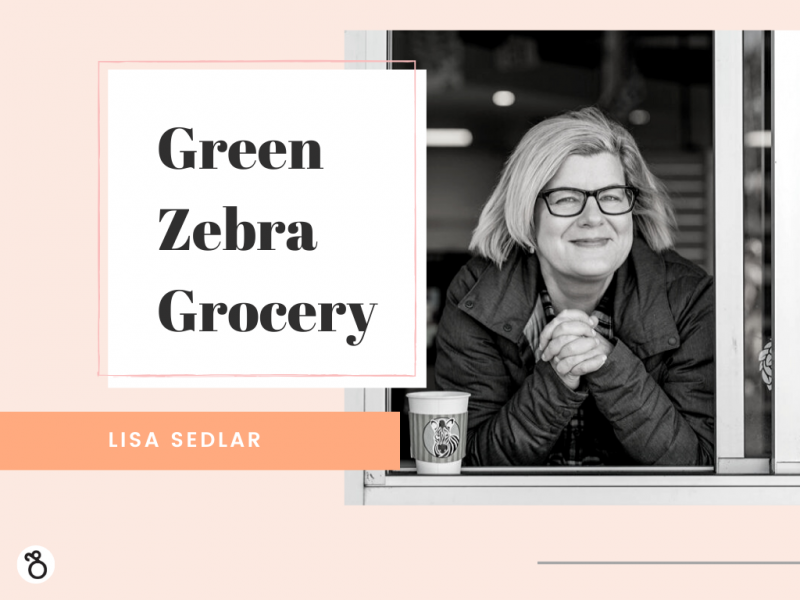 When living in Boulder, Colorado, Sedlar would see fit cyclists grabbing junky snacks at the minimart. This disconnect inspired her idea for a corner store that sold healthy food. Launched in 2012, Green Zebra–named after an heirloom tomato–has several shops in Portland, Oregon. Sedlar, soon to close a $10 million funding round, is exploring locations in Seattle, L.A., and the Bay Area. –Hannah Wallace

What advice do you have for other women entrepreneurs?

Don’t worry whether you have every skill and qualification to get the promotion or start the business. You have most of what’s needed and you’ll learn the rest as you go.

Wilson’s first company, a consulting agency for nonprofits, faced a serious challenge: Plenty of nonprofits needed help, but not many could afford it. Her second company, New Orleans-based Resilia, is an attempt to solve that problem. Its software-management platform aims to make nonprofit consulting faster, cheaper, and more reliable through automation. Resilia began in 2015 with corporate filings for newcomers. Now, the company also helps foundations, cities, and other organizations track budgets, manage grants, and train new hires. A New York City office is coming in October. “We’re still here,” says Wilson, a solo founder operating outside of America’s startup hot spots. “So we must be doing something right.” –Cameron Albert-Deitch

Ms. Wilson is the definition of a boss lady and serves as an inspiration for young women and people who have not always lived an “ideal” life. She never lost sight of her final destination and continues to surpass her expectations and goals. That young Black woman from the Nola is continuing to make major moves, not only for herself but for her community. 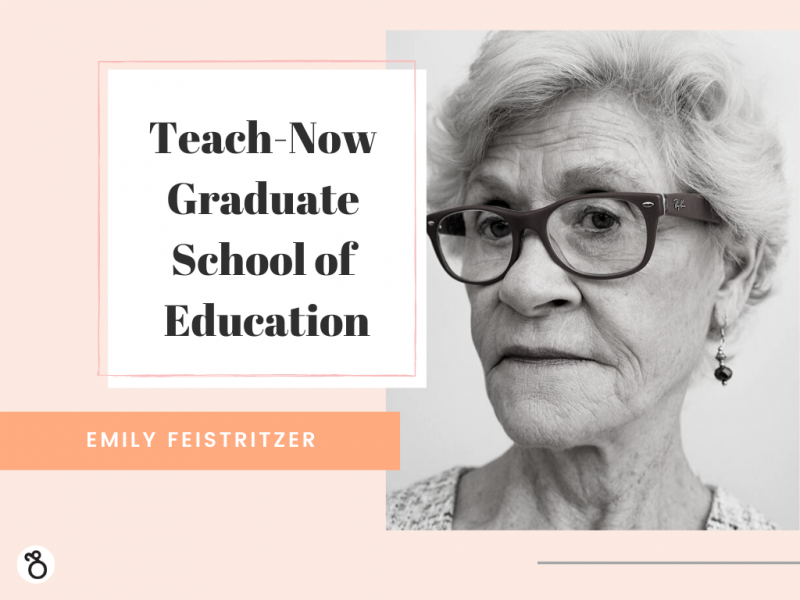 Veterans have skills that can translate well to leading a classroom. Having conducted multiple studies of a Defense Department-funded program called Troops to Teachers that was congressionally enacted in 1993, longtime education researcher Emily Feistritzer says she “knew a good bit about the potential of that market.” Teach-Now, her six-year-old online teacher-education platform, partnered with the Veterans Administration two years ago, and today the Department of Veteran Affairs is covering the $6,000 tuition cost for the 60 veterans enrolled in Teach-Now’s nine-month teaching certification program. Feistritzer, 77, who began her career as a Catholic nun teaching high school science and math while still in her teens (she left the convent in 1972), founded Teach-Now to prepare educators for digitally native kids. The program’s collaborative virtual courses culminate in a teacher’s certificate and/or a master’s of education—and (as of this May) can also provide professional development for current teachers. The Washington, D.C.–based company is DOE accredited and has university status—and yields more than 20% in annual profit, Feistritzer says. It has enrolled 3,000 aspiring teachers (graduating over 1,700) in more than 110 countries and territories. “Half of the veterans we have in Teach-Now are wanting to teach outside the U.S.,” she says. 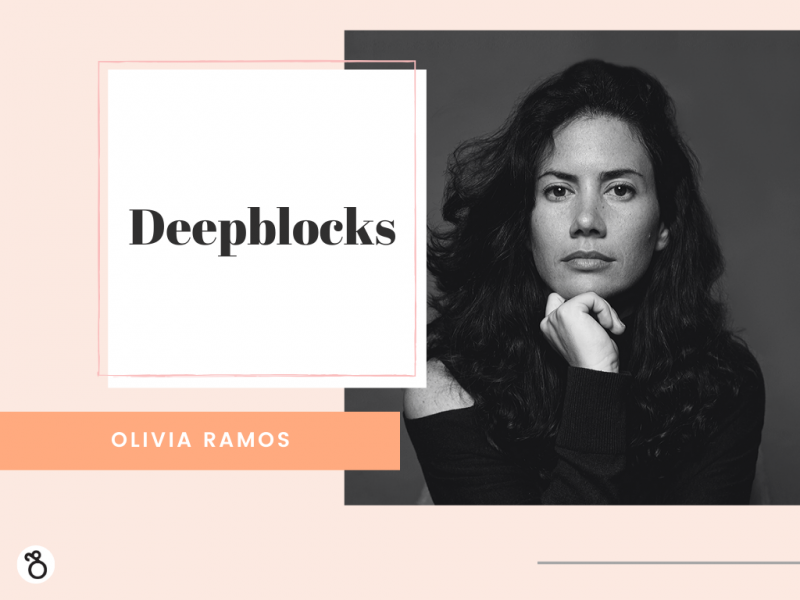 Ramos had master’s degrees in architecture and real estate development, but it wasn’t until she had worked in those industries for a decade that she saw a need for software that could merge demographics, zoning, financial, and market data all in one place. Using her Deepblocks A.I. software, developers and brokers can pull together a feasibility analysis for any parcel of land in 20 minutes instead of the usual two to four weeks. Real estate pros in 1,100 U.S. cities are already using the software. Ideally, the savings will flow through to property renters and buyers. Ramos says: “Perhaps we can lower the cost of living.” –H.W. 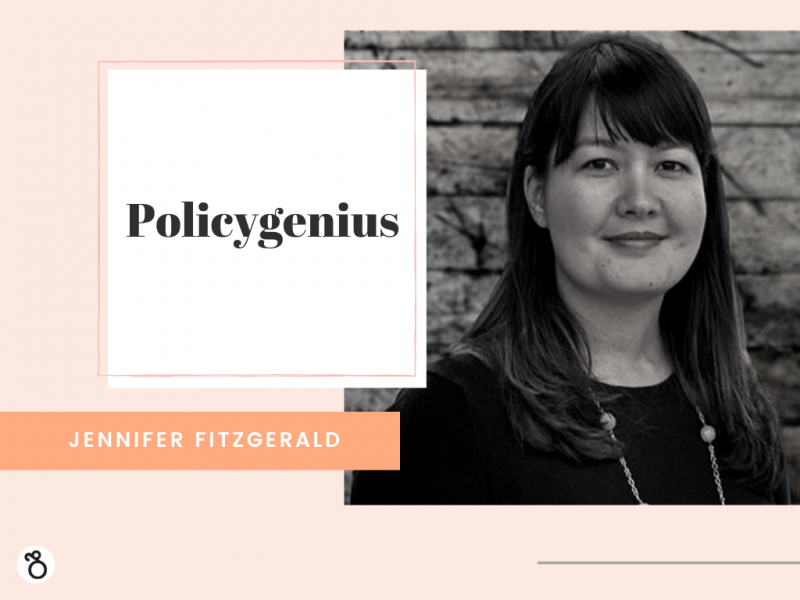 Jennifer Fitzgerald is the CEO and co-founder of Policygenius, the nation’s leading online insurance marketplace. She is one of Fast Company’s 100 Most Creative People in Business for 2018 and is one of only five women founders in Fintech to raise over $50 million in funding. Before starting Policygenius in 2014, she and her co-founder, Francois de Lame, were management consultants at McKinsey & Company. Jennifer has shared insights into major publications including The New York Times, The Wall Street Journal, Bloomberg and more. Early in her career, she was a Peace Corps volunteer and used to do standup comedy. Jennifer is a graduate of Columbia Law School and Florida State University. 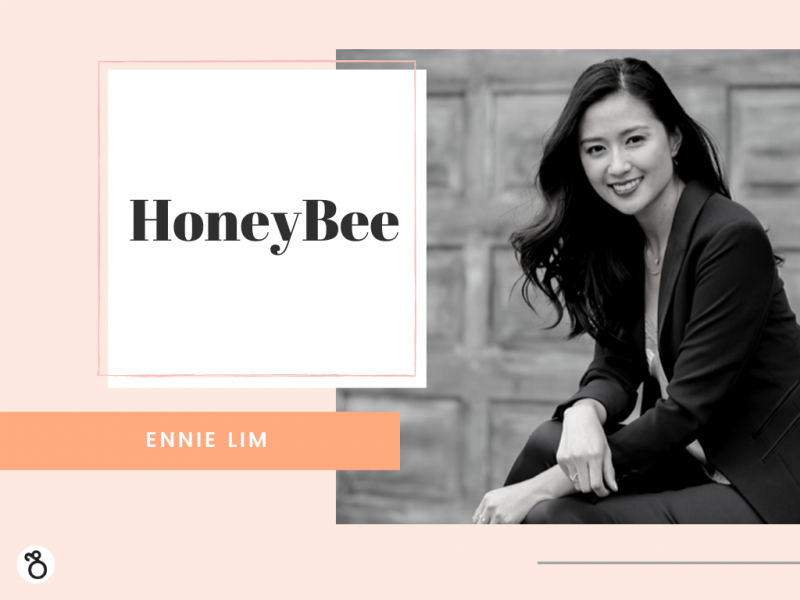 We live in a ferociously demanding world, self- deprecation became my biggest weakness. I went through an emotional journey after my divorce. I was fearful of the unknown, rebuilding my finances and credit seemed impossible. I resolved to create a better way, I took control of my financial health and committed to start a business with a goal to change people’s lives for the better. Today, HoneyBee empowers hundreds of HR leaders to provide their employees with tools to bridge financial emergencies and manage credit effectively. I’ve always believed that with a little empathy, everyone wins. I am grateful to the employers and our partners that support our mission and continues to advocate for us. 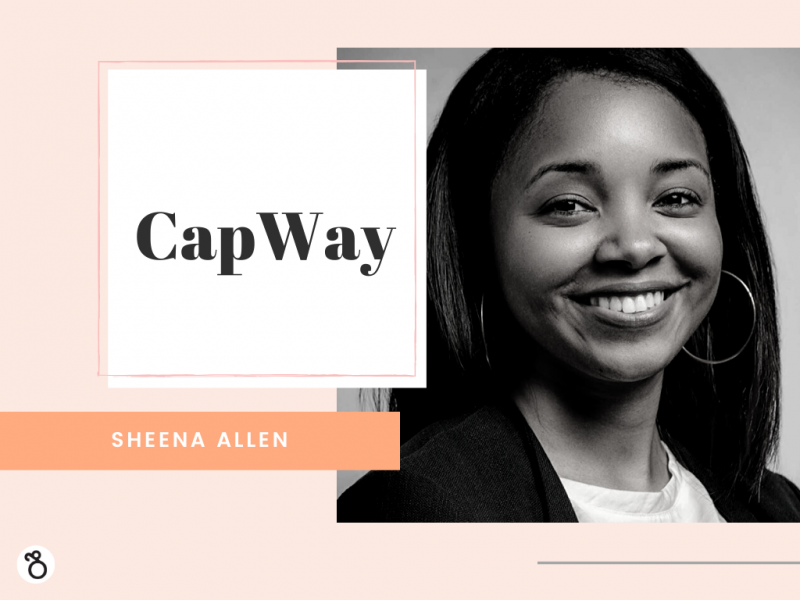 Allen’s sharp understanding of how financial institutions can negatively impact communities of color has shaped her work as an entrepreneur. The 30-year-old boss is on a mission to solve a major problem for people who are often left out of the picture when it comes to banking.

Allen is young but powerful. She cites in her interview that the largest Black bank in the U.S. has $700 million in assets compared to Wells Fargo’s $3 trillion in assets. “I want Mark Zuckerberg’s power,” she said. 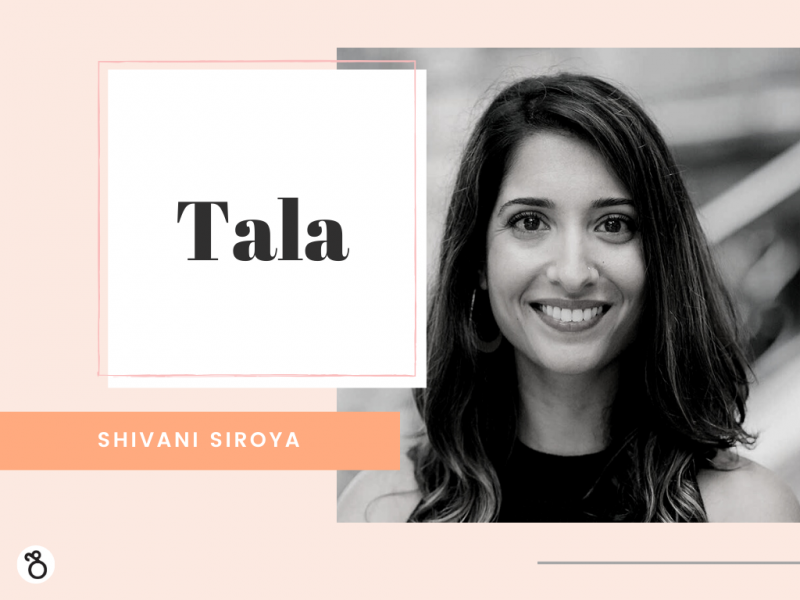 People in emerging markets often have little access to basic financial services. Just as bad, says Siroya, “as we’ve moved people into the formal economy, we’ve broken things,” like community lending. Siroya was determined to do something about it. Her vision was for an app that could generate a credit score and then offer and administer a loan–all via a smartphone. She taught herself to code, entered dozens of business plan competitions, and won multiple fellowships. By the time she sought funding, in 2013, Siroya had launched her app in Kenya and had 50,000 customers. Now, Tala has more than three million customers and has raised $225 million in equity. –K.W. 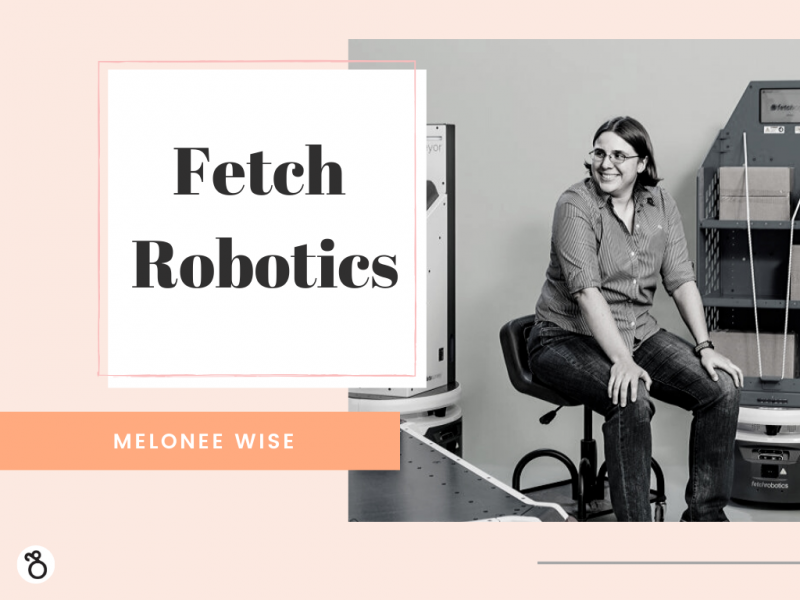 From manufacturing to delivering a product to a customer’s doorstep, the race for ever more efficiency is fierce. Wise’s autonomous, mobile robots make it easier to find, track, and move items around warehouses and factories. As they haul things, the robots are also gathering useful data about everything around them. “We use that data to tell people about the inside of their facilities,” Wise explains. Understanding where there’s congestion, for instance, is powerful information for a warehouse manager. A mechanical-engineering Ph.D. and founder of a previous robotics startup, Wise has led San Jose, California-based Fetch Robotics since shortly after its founding in 2014. In July, Fetch raised $46 million in venture capital, bringing its total funding to $94 million. This year, it also landed a major new client, Universal Logistics, which uses Fetch-designed robots to move car parts around the Nissan plant in Smyrna, Tennessee, the largest auto factory in North America. Fetch has several hundred robots deployed in 19 countries, and Wise is excited about expanding in Europe. –Brit Morse