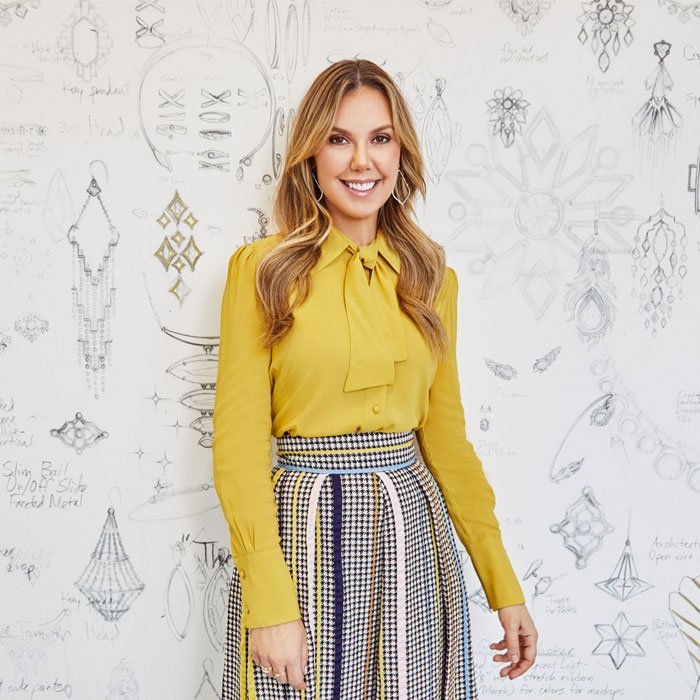 “One of you is sitting in a billion-dollar seat.”

As entrepreneurs, we make 10,000 decisions in our businesses.

Our legacies are made up of these decisions.

Keystone decisions are usually the first domino to a series of other dominos that can lead to the success or demise of your brand.

I first met Kendra Scott, the Founder of the iconic jewelry brand, when I was attending the Entrepreneurial Masters Program at MIT with 67 other entrepreneurs from around the world.

Kendra Scott sat in the same room 10 years earlier as a student like me.

Now she was teaching.

Earlier that morning one of our professors asked what revenue we thought was possible in our future.

Most of the entrepreneurs shared ranges from $10 to $100 million.

That number — my number was met with laughter side-eyes and snickers.

Then Kendra walked in.

Her second slide showed her company revenues that year were $360M (it was only June) she was well on track to exceed $400 million in a few months.

There it was — my Roger Bannister. The champion who famously broke the 4-minute mile barrier leading the way for other athletes to be faster, better, stronger.

Here was a kind, loving, beautiful, female entrepreneur doing revenues of upwards of $400M in 2016.

I thought then — anything and everything is possible.

Kendra admitted to us that as a student on her first day of class — she felt like she didn’t belong.

“I sat in the back of the classroom because the last thing I wanted was to get called on in a group of amazing entrepreneurs.”

“One of you is sitting in a billion-dollar seat.”

“And I just remember thinking, “Well, that would never be me.”

The following year, Kendra decided to change seats and move closer to the front of the class.

That act of rebellion to show up herself was the keystone decision that made all the difference.

“I wanted to learn so badly and I was a literal sponge and I wasn’t afraid.”

Kendra became more and more confident during those three years and left using all the tools she learned to build the foundation to grow an incredible brand.

“I graduated in 2009. 2010 is the year we saw our business start to skyrocket and it was just lightning in a bottle from then on.”

Today, Kendra Scott has over 100 stores and is valued at over a billion dollars.

“To go back to the class now and teach and to be the one that was in the billion-dollar seat is pretty remarkable,” Kendra said.

“It goes to show you that even when you think you aren’t worthy or you’re not good enough, you are.”

It’s taking the doubt that we have in ourselves and turning that into determination.

It’s the moments when we muster up the courage to rise, even when the world / the tide is pulling against us.

What’s a keystone decision you’ve made that’s made all the difference in your life?

EVERYTHING YOU NEED FOR

capacity and we wouldn’t want you to miss out! 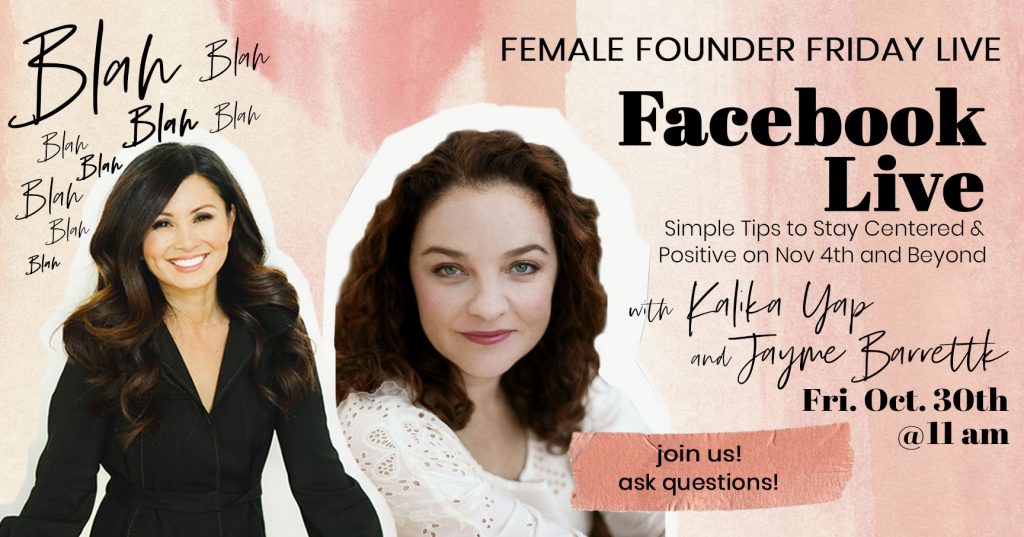 Simple Tips to Stay Centered & Positive on Nov 4th and Beyond.

Secret Circle: Simple Videos That Work For Your Biz 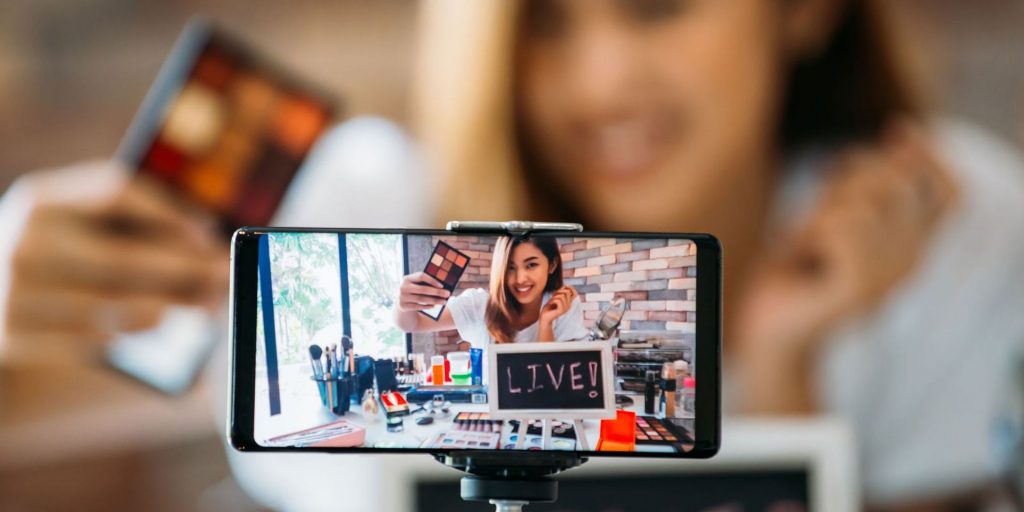 Join Kalika Yap’s Secret Circle with Jeanelle Castro, where they discuss how to create videos that work for your business. 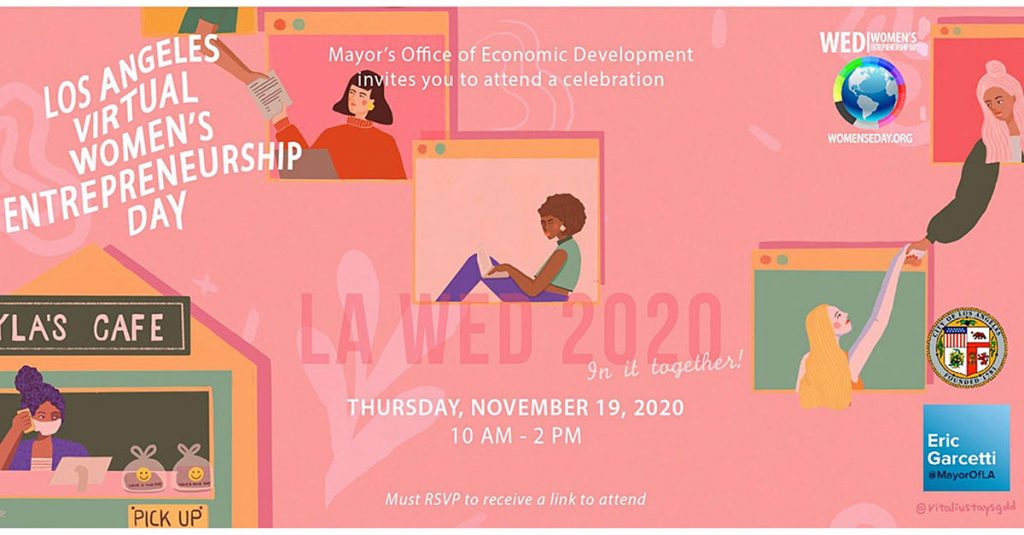 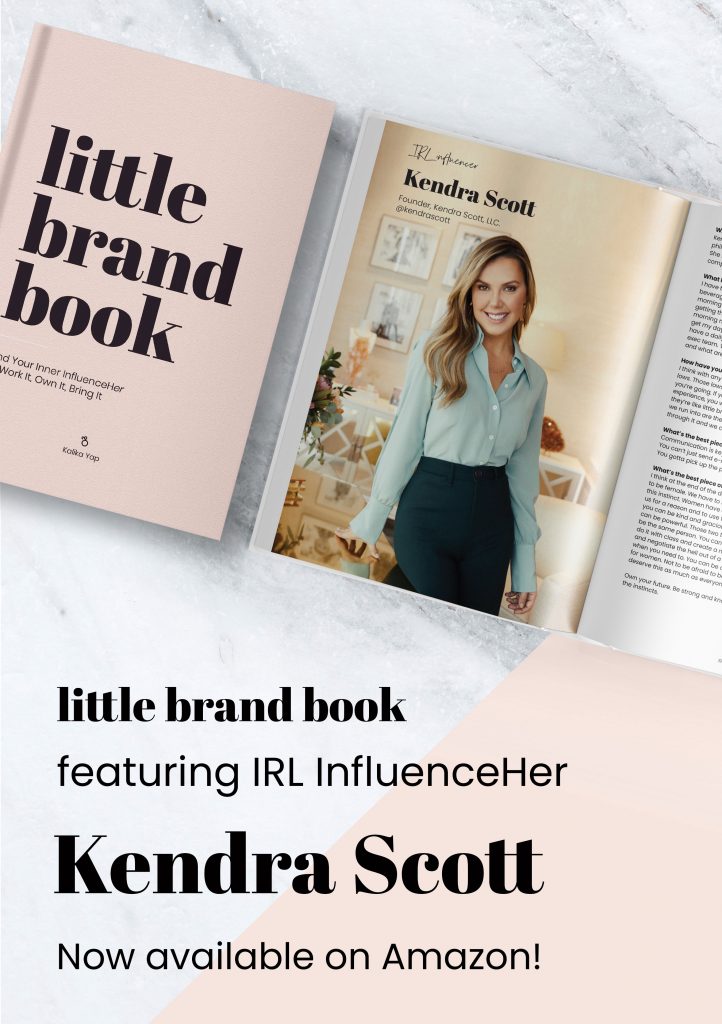 My goal is to help 1M female founders change the world!

Please share with a female entrepreneur or aspiring one!